The project ‘Bed Nets Not Bombs’ was part of the John Lennon Tribute Bed-In at the Bluecoat in Liverpool, England. Gina Czarnecki helped with the video installation.

The aim of the art performance by myself and Viv Dillon, was to promote debate and inform people about the money spent on warfare in contrast to the money that could be spent on positive peace processes that would result in enhancing world security. We  used simple imaging and playful action to inform people about the massive epidemics of tropical diseases spread by insects. In particular how the simple, effective use of a bednet can save countless lives by preventing people from being bitten by infectious insects whilst asleep at night.

The work took place on a bed in the Bluecoat gallery in Liverpool. A Bednet surrounded by mosquito net with video installation composed of a mix of insects merged with video footage of war planes, superimposed with sound track of mosquitoes and warfare.
Mosquitoes use sound to find a mate and altering wing beat frequency helps males and females find each other and the same sex to avoid each other. So mating pairs go into synchrony  but competing males go into discord.  I am using this as a metaphor in our ‘Bednets not bombs’ piece to illustrate the discord leading to war; usually male vs male! Compared to the synchrony and commonality that may lead to efforts to bring peace.
We combined the film with performance in which I will be acted out the role of technician spraying the net with insecticide (actually citronella aromotherapy oil mist). The second part is when I cut holes in the net using scissors and forceps then ask a member of the audience to sew up the hole in the net. 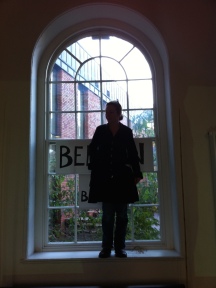 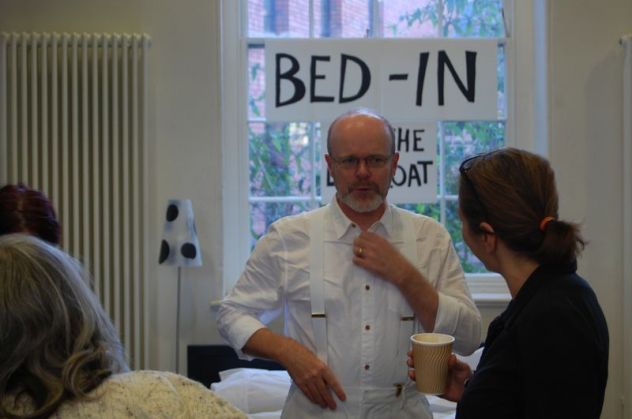 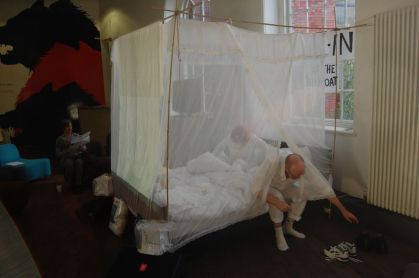 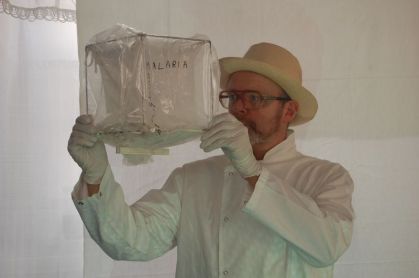